The vision for Empower Hawaii painting projects is to change the energy of the spaces in our community. The very first project we did was on February 13, 2016 at the Nanakuli Super formerly known as Food Giant. The wall was 3,000 square feet and the largest we've done to date. The whole community came together to help change a wall that was frequently vandalized which not only transformed the space but built a sense of community ownership and pride.

The second project was the Nanakuli Portable which was donated to the high school through the efforts of INPEACE and the DOE. This project transformed an abandoned classroom into a study hall for the football team. Four youth in the community received their Eagle Scout Award through their efforts to complete this project. The project also received numerous donations from companies including ABC Supply Co. and PVT Land Company.

The third project was the revitalization of Barber's Point Elementary. This was an amazing project which was executed through collaboration with the Principal, Complex Superintendent, PTA, Ka Pa'alana, and many others. The change from brown to bright blue really helped to bring new energy to the students and build school spirit and pride.

The fourth project was Nanakuli High School locker rooms. We called this project "Health is Wealth." It was much more than just painting. In partnership with the DOE and many other businesses, we were able to revitalize the physical education program by repainting the lockers, donating physical education uniforms, donating shoes for the students, and getting the water heater fixed.  This was a very collaborative project that brought back alumni and close to 100 community members.

Our next project will be on January 3, 2020 and January 4, 2020 at Niu Valley Intermediate. We will be painting areas designated by the principal and they will be providing the painting supplies. We are recruiting two groups of volunteers for both days. We are excited to empower the community, increase school spirit, and give back to a great school! Please click sign up below if you would like to join us! 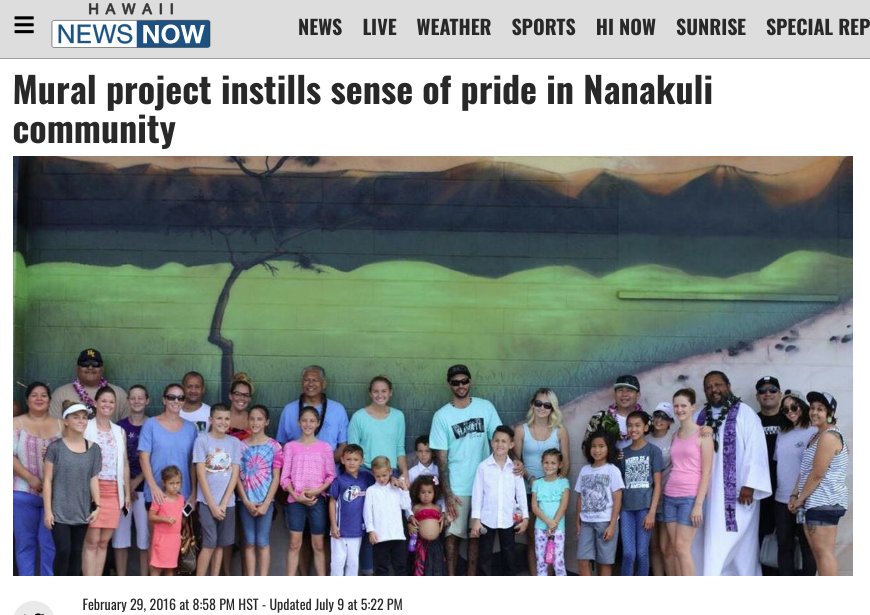